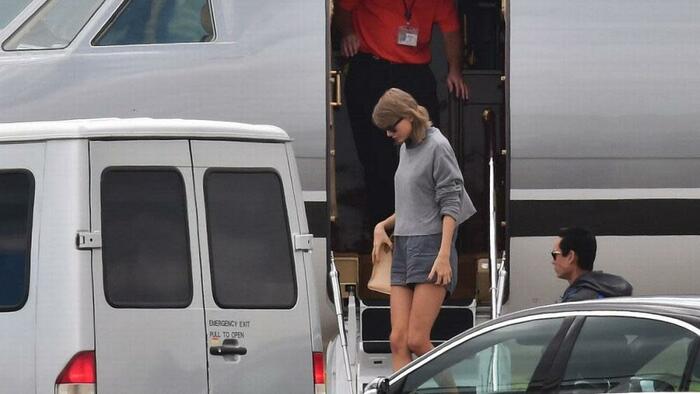 CO2 flight emissions this year: 6,981.3 tonnes With an average of 80 minutes per flight, A-Rod has created 5,342 tonnes of carbon emissions since January.

Blake Shelton is an American country music singer, known for a being coach on the US version of The Voice alongside his wife Gwen Stefani.

In 2022, the American presenter power-house Oprah has already taken 68 flights on her $75 million private jet creating 3,493 tonnes of carbon emissions – 499 times more than the average person.

A new study reveals that Taylor Swift uses private jets more than any other celebrity. Hollywood elites often push climate change on the masses to reduce carbon footprints while maintaining their own high-carbon lifestyles. Research from sustainability-driven digital marketing agency Yard published a new study that found Swift’s 2009 Dassault Falcon 7X, purchased in 2012, flew 170 times in the first 200 days of 2022, emitting 8,293.54 metric tons of carbon dioxide. For the past seven months, her private jet usage has been equivalent to what 1,184 ordinary people would emit in a year.

Swift’s spokesperson told The Tab that the singer’s “jet is loaned out regularly to other individuals. To attribute most or all of these trips to her is blatantly incorrect.” Whether it’s Swift or not, it’s still her plane emitting carbon emissions.

Celebrities like Leonardo DiCaprio have received backlash for the high carbon footprint lifestyles of jetting around the world while preaching climate change. Kylie Jenner recently sparked uproar on the internet for an Instagram post with boyfriend Travis Scott and their two private jets.

Here’s Yard’s list of the top celebs with the most private jet usage (list courtesy of The Tab) this year: