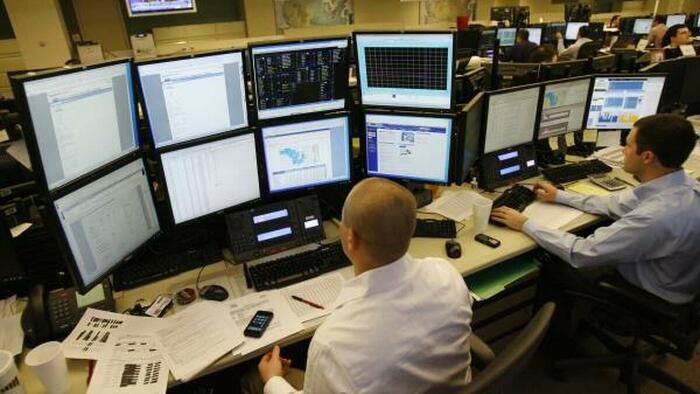 Looking to the day ahead now and we have US June trade balance and Initial Jobless Claims, Germany June factory orders, July construction PMI, UK July new car registrations, construction PMI, Canada June building permits and international merchandise trade. Linked in, yesterday’s announcement by Uniper about potentially limiting output at a coal plant in Germany sent gas futures in New York up by almost +10%, with contracts holding on to a +7.71% gain by the close of US markets. We should note that US yields rallied 7-8bps after Europe closed. The PPI accelerated to a monthly gain of +1.1% in June relative to the prior +0.5% (revised from +0.7%).

US futures are mixed on Thursday, first trading in the red, then turning green before moving unchanged, as investors shrugged off growth warnings from the bond market while Taiwan war fears faded further despite drills launched by China overnight. Oil bounced back from the lowest level in almost six months. Contracts on the S&P 500 were flat while Nasdaq futures were modestly green, suggesting the tech-heavy Nasdaq will extend an advance of 19% from its June 16 low on the back of a massive CTA, buyback and retail-driven buying frenzy.

In premarket trading, Alibaba gained 3.4% after reporting revenue for the first quarter that beat the average analyst estimate. Adjusted earnings per American depositary receipt also topped expectations. Altice USA shares jumped 5% after the cable television provider reported second-quarter results and announced it received inquiries for its Suddenlink assets. US-listed Chinese tech stocks including JD.com, Pinduoduo and Baidu rise in premarket trading Thursday as Alibaba shares jump 3.9% after reporting better-than-expected revenue in the first quarter. Here are some other notable premarket movers:AMTD Idea (AMTD) shares slump 11.5% putting the Hong-Kong based financial services firm on track to slump for a second straight day after a wild 237% jump earlier this week.
Eli Lilly (LLY) falls 2% after the company cut its adjusted earnings per share forecast for the full year.
Equinox Gold Corp. (EQX) slides 2.5% after reporting second quarter results that missed consensus analyst estimates for revenue and posted a loss per share, and announced a CEO change.
Fastly Inc. (FSLY) shares are down 7% after the infrastructure software company reported second quarter revenue that beat expectations.
Gannett Co. Inc. (GCI) shares plunge 5% after the company lowered its full-year revenue and Ebitda outlook, citing “current economic conditions.”.
Kohl’s Corp. (KSS) was downgraded to market perform from outperform at Cowen, with analyst Oliver Chen saying a “weakening and inflationary consumer backdrop” could drive EPS downside. Shares decline 3%.
Pacific Biosciences (PACB) 2Q results look broadly in line but guidance has been cut significantly, albeit this is not a major surprise, analysts say. Shares down 4% in US premarket trading.
Revolve Group Inc. (RVLV) shares are down 13% after the e-commerce fashion company reported quarterly net sales and earnings per share that fell short of analysts’ expectations.
Skillz (SKLZ) shares tumble 11.6% after the mobile games platform operator cut its full-year guidance for revenue, with Citi noting that revenue and user metrics disappointed.
Under Armour (UAA) is downgraded to neutral from outperform at Baird, which says its view of the athletic-wear retailer’s near-term prospects has “deteriorated materially” over the past two quarters, and faces further pressure from an uncertain macroeconomic environment. The stock declines 0.5% in premarkettrading.
Yellow Corp. (YELL) shares jump 37% after the logistics company reported earnings per share for the second quarter that beat the average analyst estimate.
So far US stocks have proven resilient to heightened bond market anxiety and an inverted Treasury yield curve flashing warnings on economic risks, as the S&P 500 climbs back toward the highest level in two months ignoring the screaming recession warning from the 2s10s curve which is now 37bps inverted.

Bitcoin slips back below the USD 23k mark but remains in relative proximity to the level in a tight range.

S&P 500 futures little changed at 4,153.75
STOXX Europe 600 up 0.2% to 439.32
MXAP up 0.4% to 159.68
MXAPJ up 0.6% to 521.36
Nikkei up 0.7% to 27,932.20
Topix little changed at 1,930.73
Hang Seng Index up 2.1% to 20,174.04
Shanghai Composite up 0.8% to 3,189.04
Sensex down 0.6% to 57,993.23
Australia S&P/ASX 200 little changed at 6,974.93
Kospi up 0.5% to 2,473.11
German 10Y yield little changed at 0.89%
Euro up 0.1% to $1.0178
Brent Futures little changed at $96.78/bbl
Brent Futures little changed at $96.75/bbl
Gold spot up 0.4% to $1,773.19
U.S. Dollar Index down 0.13% to 106.37
Top Overnight News from BloombergChina’s military fired missiles into the sea on Thursday in live-fire military exercises around the island in response to US House Speaker Nancy Pelosi’s visit, even as Taipei played down the impact on flights and shipping.
The Bank of England on Thursday is expected to push through the biggest interest-rate increase in 27 years despite growing risks of a recession.
European stocks edged higher on Thursday as investors continued to weigh the path of corporate earnings, while attention turned to the Bank of England’s policy decision later in the day.
The dollar is close to a 20-year high, despite talk of its inevitable demise. While reluctant to add another article that ends up in traders’ trash cans, current pricing is extreme.
Asia’s emerging economies are drawing on large foreign exchange reserves to help prop up their currencies rather than going all-out with interest-rate hikes.
A more detailed look at global markets courtesy of NewsquawkAsia-Pac stocks were firmer as the positive momentum rolled over from global peers. ASX 200 was kept afloat by tech after similar outperformance of the sector stateside. Nikkei 225 briefly reclaimed the 28k level amid recent JPY weakness and as the earnings deluge continued. Hang Seng and Shanghai Comp conformed to the heightened risk appetite with firm gains in tech including Alibaba ahead of its earnings and with Hong Kong set to provide HKD 2k in consumption vouchers from Sunday.