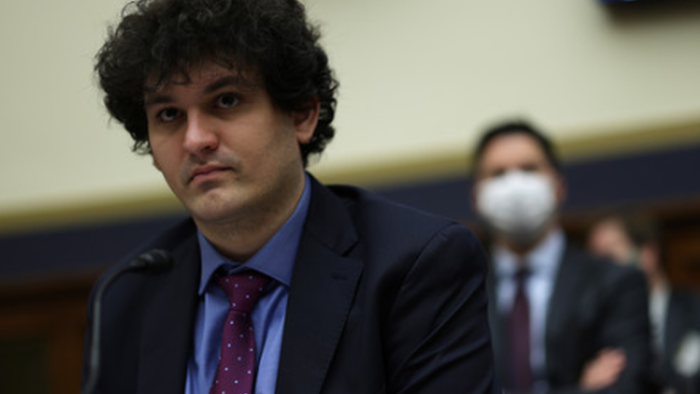 Summary : FTX Post-Mortem: Bankman-Fried Admitted The “Ponzi Business” Of Crypto Yield Farming Months Ago. If you buy in box token,’ you know, that’s gonna appear on Twitter and it’ll have a $20 million market cap. Like, you know, this is, I mean boxes can be great. Look, I love boxes as much as the next guy.

Over the summer, I was stunned when a friend of mine sent me an interview with FTX CEO and crypto billionaire Sam Bankman-Fried that I had never seen before. In the interview, Sam, who I recently noted knows more about the inner bowels of the defi/crypto space than anybody, basically came out and admitted that crypto lending was one giant Ponzi scheme.Of course, many of us knew that the space was a ponzi scheme already – as I have been adamantly outspoken about – but it was the sheer, unadulterated, matter-of-fact-style, bald-faced admissions by Bankman-Fried that caused my jaw to drop when I read it and listened to it this week.

Now, looking back on it after FTX’s collapse this week, it’s even more stunning that nobody saw it coming.

3 months before the collapse of crypto lending firms , it was literally just…out there…in the public, from the man who knows the space best, that such companies were, in essence, total Ponzi schemes. First, here’s a video of SBF explaining how DeFi works like a ponzi scheme.

Then, there were Bankman-Fried’s comments on the Odd Lots podcast with Matt Levine.

Matt asked the same daring question that Peter Schiff asked of Celsius CEO Alex Mashinsky back in November 2021: where does the extra cash for yield farming actually come from?While Mashinsky ducked the answer, at least Bankman-Fried tried to describe it, though he did so as a “black box” where new investor money pays back old investor money . Also known as a Ponzi scheme.
“Can you give me an intuitive understanding of farming? I mean, like to me, farming is like you sell some structured puts and collect premium, but perhaps there’s a more sophisticated understanding than that,” Levine asks Bankman-Fried, per a Bloomberg transcript of the interview.

“You start with a company that builds a box and in practice this box, they probably dress it up to look like a life-changing, you know, world-altering protocol that’s gonna replace all the big banks in 38 days or whatever. Maybe for now actually ignore what it does or pretend it does literally nothing. It’s just a box. So what this protocol is, it’s called ‘Protocol X,’ it’s a box, and you take a token. You can take ethereum, you can put it in the box and you take it out of the box. Alright so, you put it into the box and you get like, you know, an IOU for having put it in the box and then you can redeem that IOU back out for the token.”

Later in the interview, when pressed on where the actual generated value comes from to pay the yields by Levine, Bankman-Fried expounds on his statements:
“Describe it this way, you might think, for instance, that in like five minutes with an internet connection, you could create such a box and such a token, and that it should reflect like, you know, it should be worth like $180 or something market cap for like that, you know, that effort that you put into it.”

“In the world that we’re in, if you do this, everyone’s gonna be like, ‘Ooh, box token . Maybe it’s cool. If you buy in box token ,’ you know, that’s gonna appear on Twitter and it’ll have a $20 million market cap . And of course, one thing that you could do is you could like make the float very low and whatever, you know, maybe there haven’t been $20 million dollars that have flowed into it yet.“Maybe that’s sort of like, is it, you know, mark to market fully diluted valuation or something, but I acknowledge that it’s not totally clear that this thing should have market cap , but empirically I claim it would have market cap .”

“It shouldn’t have any market cap in theory, but it practice, they always do. Okay.”

Bankman-Fried confirms this and continues, calling the box “magic” and explaining further:

“That’s right. So, and obviously already we’re sort of hiding some of the magic impact, right? Like some of the magic is in like, how do you get that market cap to start with, but, you know, whatever we’re gonna move on from that for a second.So, you know, X tokens [are] being given out each day, all these like sophisticated firms are like, huh, that’s interesting. Like if the total amount of money in the box is a hundred million dollars, then it’s going to yield $16 million this year in X tokens being given out for it. That’s a 16% return. That’s pretty good. We’ll put a little bit more in, right?And maybe that happens until there are $200 million dollars in the box. So, you know, sophisticated traders and/or people on Crypto Twitter, or other sort of similar parties, go and put $200 million in the box collectively and they start getting these X tokens for it.And now all of a sudden everyone’s like, wow, people just decide to put $200 million in the box. This is a pretty cool box, right? Like this is a valuable box as demonstrated by all the money that people have apparently decided should be in the box. And who are we to say that they’re wrong about that? Like, you know, this is, I mean boxes can be great. Look, I love boxes as much as the next guy. And so what happens now?All of a sudden people are kind of recalibrating like, well, $20 million, that’s it? Like that market cap for this box? And it’s been like 48 hours and it already is $200 million, including from like sophisticated players in it. They’re like, come on, that’s too low. And they look at these ratios, TVL, total value locked in the box, you know, as a ratio to market cap of the box’s token.And they’re like ‘10X’ that’s insane. 1X is the norm.’ And so then, you know, X token price goes way up. And now it’s $130 million market cap token because of, you know, the bullishness of people’s usage of the box. And now all of a sudden of course, the smart money’s like, oh, wow, this thing’s now yielding like 60% a year in X tokens .Of course I’ll take my 60% yield, right? So they go and pour another $300 million in the box and you get a psych and then it goes to infinity. And then everyone makes money.”

Bloomberg’s Matt Levine then sums it up at the end of Bankman-Fried’s comments:

“I think of myself as like a fairly cynical person. And that was so much more cynical than how I would’ve described farming. You’re just like, well, I’m in the Ponzi business and it’s pretty good.”
Over the summer, I wrote about how these statements reaffirmed my belief that there are more blowups taking place behind the scenes than we knew about in crypto, as I pointed out in a piece. Today, in November, it still remains a harbinger of bad news for the space, in my opinion.

Get 50% off: If you enjoy this article, I would love to have you as a subscriber and can offer you 50% off for life: Get 50% off forever